Why You Will Never Move To Brazil

Brazil has over 200 million people.

Why are there so few expats and immigrants living in Brazil? Why will it be difficult for you to make a new life in Brazil and live the way you REALLY want to live?

You Will Be A Tourist For Life

It’s ridiculous how Brazil puts educated workers through hell and back to move to Brazil. You would think they wanted as many qualified employees as possible, but no.

I have a cousin from America who works in Sao Paulo. It took him over a year to get everything handled to get his work visa. This is a highly qualified man with a graduate degree from a top American school.

It took him over a year just to get a work visa.

You want to move to Brazil, but how will you stay there permanently? Will you overstay your tourist visa like some people do?

You can do that. But every time you see a Brazilian cop, you are going to feel worried. That’s no way to live.

Maybe you are thinking about applying for a work visa.

I hope you have a skill or trade that can’t be filled by a Brazilian. And I hope your current employer has a location in Brazil, if you plan to stay with the same company.

You Don’t Like Brazil As Much As You Think 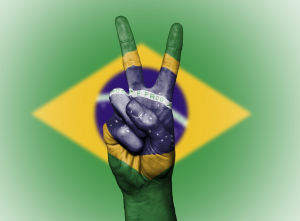 A lot of guys think they want to move to Brazil. But they are still in the honeymoon phase.

95% of you reading this are only interested in Brazil because of the women. I understand it. But that will not be enough to keep you happy if you decide to live in Brazil.

You have to love the culture. You have to learn the language. And you have to be okay with changing your old habits.

If you can’t do that, you will hate Brazil like so many expats who have moved there and left. I know plenty of foreigners who hate Brazil. They call it a backward country. They say all the people are lazy.

That will be you if you move to Brazil for the wrong reasons.

Ask yourself these questions before planning to live in Brazil.

Be honest with yourself. If you really want to live in Brazil, you will have to adapt your lifestyle.

Why You Will Move To Brazil

But some of you will move to Brazil and you will love it. It’s the rare foreigner who visits Rio or Sao Paulo or Salvador and falls in love with the country.

If you find yourself thinking about living in Brazil, you probably can relate to some of the following:

There are many reasons why Brazil can pique someone’s interest.

But they all lead to the same conclusion: having a real interest in Brazilian culture and lifestyle. That’s the only reason you would move to Brazil.

How To Move To Brazil

There are different ways to live in Brazil, legally and illegally. I will always promote legal ways to do everything. Just makes life more simple.

Actually, over 43,000 Haitians just got permanent residency. I have a Nigerian friend who seems to be living in Brazil as long as he wants so I assume Nigeria has the same deal.

You just have to stay enrolled in an accredited school. In many cases, you can take one class and satisfy the visa requirements. This is a cheap and fast way to get a “permanent” visa although you have to continuously go to class.

Retirement visa – Being many many many years away from retirement age, I forgot about this option. But many of you can use this information.

Comment from Bruce Philips – “I am surprised that you left off of your list of ways to live permanently and legally in Brazil one of the best (if you qualify) …a RETIREMENT VISA! I realize that the demographic that you are probably targeting is closer to your age, but there are a lot of young, vibrant retirees like myself (an ex-firefighter) who need to know of this option. I have personally researched this option and its requirements directly from the Brazilian consulate’s website. Passport, birth certificate or marriage certificate, negative criminal record in country of origin, the capacity to transfer the minimum of $2000.00 USD monthly to a Brazilian bank, are SOME of the most important requirements. Hopefully this information will be added to your excellent article…”

Work visa – This is the best way to get to Brazil for a long time, but it takes long as well.

If you work for a big company and have a highly sought-after skill, check and see if your employer has a location in Brazil. If so, you will have to prove to your boss why YOU should be working in Brazil and not in your current city.

You will have to be open to learning Portuguese. But like I mentioned before, it’s hard to convince Brazil to give you a high paying job. Even if you are qualified.

Get married – Not sure how this goes but it takes a while too. I wouldn’t recommend getting married if you got a lot of cash. Not sure what happens if you have a baby in Brazil, but I’ll file that option under here too.

Comment from American Prof. Neil, who is living in Brazil – “Shad, with reference to getting married and living in Brasil, I have been here almost nine years and married to a beautiful Baiana for seven years. After going through all the hassles of getting the required documents and applying for permanente residence, it took another two years to get residência permanente. I love Brasil, the weather, food, people and culture. Once you find a way to survive it’s great. Of course, the standard of living is not on par with first-world countries but in my opinion the quality of life is better. It really depends on your own individual aspirations…tchau.”

I did this back in 2013 and I was fined for the 52 days I overstayed. I didn’t go to jail or anything so I can’t say this is the horror story some people try to make it seem.

But who knows, you might overstay and they throw you in prison for life. If you want to move to Brazil, I would try to do it legally.

For Brazil to become a world superpower, they will have to get qualified immigrants to their country.

They must give Brazilians education and job opportunities as well. But I see Brazil as America 2.0. Brazil can be what America is still trying to become. A real melting pot.

Will you be one of the few to move to Brazil?