What To Do When Family & Friends Don’t Like Brazil

“It’s dangerous down there!”

“You don’t know anyone in Brazil.”

“Why would you want to go to that dump?”

Block Out The Noise 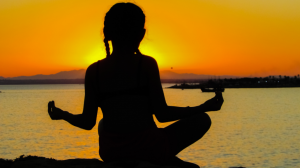 You may have heard similar responses like the ones above after telling a family member or friend about wanting to travel or move to Brazil.

You’re ecstatic about finally visiting one of the most beautiful countries in the world.

Yet, your excitement is met with negativity.

Your mother thinks you are crazy for wanting to go to a third world country.

Your friend is telling you about how dangerous and terrible Brazil is and why you should just forget about it.

This friend has never been to Brazil before and probably knows nothing about the country.

Why do people hold negative opinions of places they’ve never been to?

And why do they try to talk YOU out of exploring these places?

This article will touch on why family and friends may be non-supportive of your interest in visiting Brazil and how you can block out the noise so you won’t succumb to their opinions. 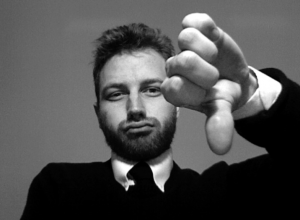 You have to understand it’s not that your family and friends don’t like Brazil.

It’s that they don’t know anything about Brazil. So they are automatically against it.

People claim to want change. But they really don’t. Change is scary. Change is mysterious. People work very hard to create a stable, comfortable lifestyle to reduce the possibility of changes.

Recently, I talked to a woman and we spoke about our travels. She told me how she could never move more than a couple states away from her family.

Imagine how she responded when I told her I wanted to live in Brazil for a few years.

The unknown is not good. It’s wrong and it’s undesirable.

So it’s normal for your family and friends to try to talk you out of visiting Brazil.

Your family and friend’s don’t like Brazil because they have stereotypes of “those other people”.

As an American, I am a part of a specific tribe whether I like it or not. When people meet me, they already have preconceived notions of what I am about.

Whether it’s true or not, people view me based on what they have heard about Americans. Black Americans to be specific.

Your friends and family probably view Brazilians in the same way.

What is Brazil known for? Now remove the good stereotypes and just think about the bad. Your family and friends don’t want you to travel to Brazil because of the bad news they’ve heard.

And finally, a lot of people just don’t understand the point of traveling to another country.

Why do you want to leave your home and see a different place?!

An old friend once told me she doesn’t see the point in traveling overseas unless it’s to do something extravagant. Basically, unless you want to blow a lot of money and do one of those over-priced resorts, there is no point in going somewhere different.

According to a few people, unless you plan to live out a fantasy vacation, you should probably just stay at home and google pictures of the place instead.

The lack of support may hurt in the beginning. It never feels good to know your family or friends don’t like something you like.

But there’s an easy solution to the problem. 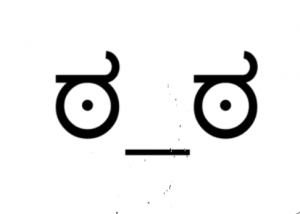 It’s as simple as that. You don’t have to engage with them. And you don’t have to bring up Brazil or any upcoming trips to the country since you already know what their response will be.

Instead of talking to them about Brazil, why don’t you find like-minded people? Like the guy who wrote this article.

Out of all the people I know in my personal life, I only have one friend who has a real interest in Brazil like me. We talk about the culture, learning Portuguese, Salvador, Bahia, etc.

But when I want to talk to other people about Brazil, I just go online. Facebook has a group for every topic related to Brazil.

There are many more Facebook groups with thousands of people talking about Brazil everyday.

Brazil In Your City

To meet like-minded people in person, just check out Brazilian events and meet-ups in your local area. Meetup.com is a great place to find groups who like Brazilian-related activities such as samba, forro, Portuguese exchange, and capoeira.

So, don’t complain about how your family and friends don’t like Brazil.