How To Use Your Phone In Brazil Easily 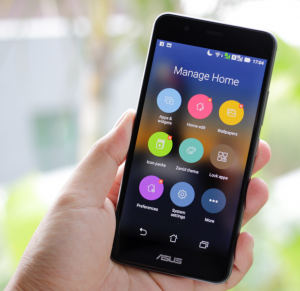 My first trip to Brazil presented plenty of challenges.

From the culture shock to the language to the humidity and mosquitoes, I had a lot to get accustomed to. Luckily, I had a contact who would show me around and she spoke English!

At the time, I had a Blackberry. A locked Blackberry, so it was useless. And I didn’t want to rent a cellphone so the next best option was to download an app for my iPad and figure out how to call her.

If I remember correctly, I used Skype. I called over the hostel’s Wi-Fi. The call went through, but she didn’t pick up.

Okay, cool. I’ll wing it from here until I can call again.

I didn’t see my friend until towards the end of my one week trip. I either contacted her via Facebook or an Oi payphone.

Nevertheless, being phone-less was a bad choice I made. Even for one week. Unfortunately, I didn’t learn from that first week and later that year I spent two more months in Rio with no phone. Again, I was hard-headed and felt like I didn’t need one.

Well, take it from me.

You need to use your phone in Brazil if you want to get in touch with people.

It’s just common sense. Sometimes we forget to use it. I know I did the first couple of times I went to Brazil.

Luckily, it’s 2016. It’s easier than ever to use your smartphone overseas.

So, how do you use your phone in Brazil? It’s simple.

How To Use Your Phone In Brazil 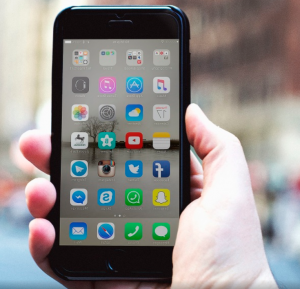 What you will need:

Like I mentioned, it’s 2016. Most people have unlocked smartphones now. My cellphone provider is legally required to sell unlocked iPhones to its customers.

The days of carriers locking down devices to keep customers in place are officially dead.

Starting now, all US carriers must comply with requests from postpaid and prepaid customers to unlock their devices, as long as certain parameters are met. The industry group CTIA had committed last year to have all wireless carriers adhering to the regulation by February 11, 2015.

The move follows from President Obama last year signing into law the ” Unlocking Consumer Choice and Wireless Competition Act,” which overruled a controversial 2012 decision by the Library of Congress.

The debate over phone unlocking has come a long way in just a few short years. Unlocking a phone allows owners to put the device on whatever carrier network they choose. For years, carriers have locked down devices, allowing them only to connect to their own networks. The move was designed to keep customers close and not see them stray to other carriers.(Source)

I don’t have to do anything to make sure my iPhone works overseas. It’s already unlocked.

Hopefully, you are in the same situation. If you have a non-U.S. cellphone carrier, I don’t know what you can do but hopefully your phone is unlocked too.

But if you need an unlocked smart phone, you can always check out websites like eBay and Amazon for cheap ones. In 2013, I bought an unlocked phone to use while I lived in Sao Paulo.

You don’t need anything fancy; you just need a smart phone that has internet and popular apps like Facebook, Whatsapp, etc.

Where To Buy TIM Prepaid Cards 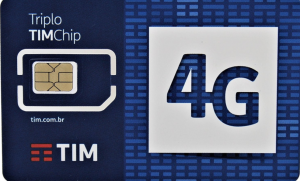 The first time was in downtown Sao Paulo at a TIM store close by Republica park. The people were very helpful and it was easy.

All you need is your passport and unlocked phone. They will do the installation for you if you need them too. I literally did nothing but go inside and let them activate it for me.

The second time was on the east zone outskirts of Sao Paulo in a town called Itaquera. I bought a new SIM card in a local pharmacy store.

This time, I followed the activation instructions to turn on the service. You even have the option to talk to an English representative who can help you activate your TIM card. Again, you just need your passport on hand.

Both times, the card cost 8 reais. At the time of this article, that’s around $2 USD .

I recommend looking for a TIM store when you land, especially if you feel like you will need help with activating it and you want it done correctly.

How To Call Internationally

Where To Buy Phone Credits

You have plenty of options to buy phone credits so you can continue to use your phone in Brazil. A few are below. 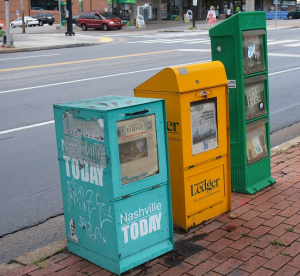 Note: Brazil has area codes too. So, if you bought your TIM card in Rio but you are buying credits in Sao Paulo or Salvador, make sure you tell the cashier. For example, my Brazilian phone number has a Sao Paulo area code (11).

If I bought credits in Rio, they’d make sure the area code was 11 for Sao Paulo, not 21 which is the area code for Rio de Janeiro.

On your phone directly with TIM– I’ve never bought credits directly on my phone but it’s an option. TIM says “Call *244 and use your credit card to recharge R$20 or more”

Online/Apps – You can also buy TIM credits online or with an app, either on TIM.com.br or other prepaid cellphone services like http://www.recarga.com.br/

Your phone credits don’t last forever. Depending on the credit amount bought, you have anywhere from 30 to 90 days to use them.

That’s usually more than enough time for the average traveler in Brazil.

To check how many credits you have on your TIM card, just dial *222#

That’s it. Now you can use your phone in Brazil.