Tariq Nasheed’s Back From Brazil

Tariq Nasheed is popular in the black community, but for those who aren’t too familiar with him, he is an author,
filmmaker and radio show host based out of Los Angeles, California.

Before his current radio show, Tariq Elite Radio, Nasheed hosted his Mack Lessons radio podcast. I was a big fan and enjoyed listening to his content.

In Mack Lessons episode #76, Tariq Nasheed talked about his time in Brazil. He experienced “Rio In A Week”.

Below are my thoughts on his experience and opinions of Rio de Janeiro. 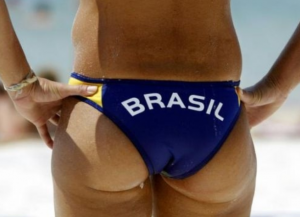 Brazilian Women Are Fine As Sh!t – Tariq mentions how Brazilian women are unusually fine and how women in America are average with a few dimes sprinkled in. In Rio de Janeiro, you see a bunch of dimes with a few ugly chicks. The dimes outnumber the ugly chicks.

According to Nasheed, Brazilian women’s bodies are off the hook. They look like supermodels. You are going to say “damn” about 100 times in for the first couple of days then you will get used to their beauty.

He also views Brazilian women as being mentally cool. They are “hella” cool. He was there for a week and didn’t meet 1 woman with a messed up attitude. Different than America.

When You Return Your Tolerance Level Is Low For BS – Tariq mentioned how he didn’t want to come back.

His mentality was curt. Tariq’s tolerance level for women when he came back from Brazil was 0. He was really annoyed with people calling in to his show. He felt like they were messing up the flow of the show.

If they ain’t bringing 110% cooperation to the table, then fuck em, Tariq says.

Brazil Is More Safe Than You Think – Tariq Nasheed listed off the things lot of people say about Brazil being very dangerous. But he says most of these people are white.

The City Was Very Clean – Tariq Nasheed mentions about how he didn’t expect Rio to be so nice and clean. The hotel was very nice. He thought it was going to be like Mexico. It looked like New York. It had a New York vibe. The people were very nice as well. 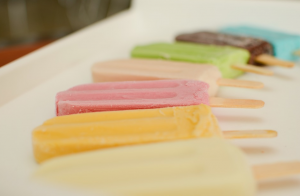 Nobody Speaks English – He didn’t like that. It became a problem. He tells guys to learn Portuguese. Women were coming up choosing, but he didn’t understand what they were saying.

The Dudes Wearing Tight “Bikini Shorts” – Tariq was shocked at the small swimming trunks called “sungas”. He said they looked “hoochie”. He asked himself, “Am I on the wrong beach?” He called the trunks “coochie cutter shorts” and “booty go-go shorts”. He didn’t feel threatened because he knew no dude with bikini shorts was going to rob him.

The Women Love Kissing You In The Mouth – In Brazilian club culture, when someone likes you, they want to kiss you. Tariq didn’t like this. He said that women tried to tongue kiss him in the club. Several women tried to do that with him and he hated it. He almost caught a cold.

The Food Wasn’t Good – Tariq Nasheed said Brazilian food has a lot of salt on it. They throw a lot of stuff together, according to Tariq. So, he ate at McDonalds, but their ketchup tasted different. Yet, he didn’t mind eating wack ketchup if he can kick it with fine women. The pros definitely out weighed the cons for him.

Before I actually traveled to Rio de Janeiro for myself, I thought this podcast was hilarious and informative.

After becoming very familiar with Rio, I still find it hilarious, but I don’t agree with everything he said now that I have been myself.

I definitely agree with Brazilian women being unusually fine. There are finer women in Rio than any other city I’ve been to in America and I’ve been to most major cities.

I still need to check out Miami, Chicago and Houston, but I highly doubt the women in these cities are better on average than in Rio de Janeiro.

Brazilian women are easier to talk to and they seem to have a more positive and upbeat personality than your average woman in America, but I wouldn’t say they are all without attitude. There are plenty of Brazilian women with poor attitudes. They might just not be in the club though.

I understood his tolerance level being extremely low when you return from Brazil. I had that same feeling after returning for the first time. I looked at the world differently and I knew I would never settle for less when it came to women and how they treated me.

I also agreed with nobody speaking English like you think they would. Rio is an international city, yet the English level is very low. You definitely have to learn Portuguese if you want to experience everything that Rio de Janeiro has to offer.

Check out my post about how to learn Portuguese in a fun, modern and affordable way online: Semantica Portuguese: The #1 Online Brazilian Portuguese Course.

I don’t agree with Rio de Janeiro being safe enough to take your camera wherever you want to. Tariq stayed in the tourist areas from what I’ve seen in his Pay-Per-View special, you can purchase it here for $10.

Rio isn’t a war zone, but you have to stay on your toes like anywhere you go.

I can’t really agree with Rio de Janeiro being clean. I’m probably somewhat biased since I spent so much time in favelas and non-tourist areas. If you are in the South Zone of Rio, you will probably think it’s really clean and sanitary.

But, most of the city is not that clean. There’s a lot of pollution in the city and it needs to be cleaned up, not for the tourists, but for the local people.

I enjoyed the podcast and I respect Tariq Nasheed’s perspective on a variety of topics, but the biggest thing I didn’t agree with in his Back From Brazil episode is his dislike for BRAZILIAN FOOD.

I doubt Tariq really went to any local spots to taste what Brazilian food has to offer so I can’t be too mad with his opinion. But you can’t say Brazilian food is too salty or not that good.

If you like chicken, beef, sausage, fish, etc, you will enjoy Brazilian food.

If you like rice and beans and greens and healthy salads, you will enjoy Brazilian food.

If you are a brother, I mean a brother raised in a Black family, I can’t see how you won’t enjoy Brazilian food.

Tariq needs to go back to Rio and get with some local Brazilians who can show him where the food is at.