São Paulo Is Better Than Rio

It’s a humongous city that reminds me of a hybrid of Los Angeles and New York City.

Yet, São Paulo is often forgotten. Tourists skip Sampa to fly to Rio or Salvador for the beach and sand.

Postcards from Brazil usually have a picture of Copacabana or the Jesus Christ statue. Carnival equals Rio de Janeiro to the average traveler.

I get it. I love Rio too. If I didn’t, this blog would have never been created.

Rio is physically beautiful. Even the favelas have a charm to them that ghettos in other countries lack. The 2002 international hit, City Of God, catapulted Rio’s favelas to new heights of popularity.

Despite higher crime rates and more poverty, tourists of all races find themselves visiting Brazilian slums.

Correct me if I’m wrong, but I don’t think American hood classics such as Boyz In The Hood or Menace II Society increased tourism like the City Of God did.

It is what it is.

What São Paulo lacks in beauty, it makes up for in edginess. The city feels alive 24/7; it’s fast-paced. It’s the alternative.

It’s the city where go getters go. Sampa is where you go to make your money, then you retire in another Brazilian city. If you can make it in Sampa, you can make it anywhere. A common quote in Brazil is:

“São Paulo is for work, Rio is for play”

And from what I’ve seen, it’s the truth.

The Diversity of São Paulo 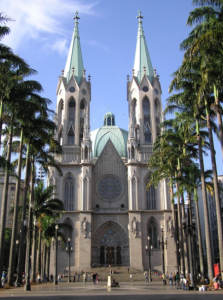 Rio de Janeiro is the most famous Brazilian city in the world, but São Paulo IS the city of Brazil among Brazilians.

It’s the #1 destination for Brazilians looking for a clean slate in life. Poor and well off Brazilians flock to the megalopolis for more opportunities.

Expats being paid in their native currency move to São Paulo and enjoy the lifestyle a strong dollar or pound provides.

You can find significant populations of people who identify with these groups. So whoever you are, you are sure to fit in somewhere in São Paulo. 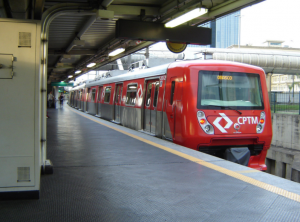 I’m a guy that likes people to stick to their word. If you say you are going to do something, I expect you to do it. We made plans Sunday at 5PM and today is Tuesday? Don’t cancel 2 hours before we meet because I will never take you serious again.

I might sound extreme, but that’s just how I am. Brazilians are known to cancel plans or show up very late. Sometimes its innocent, but I don’t fall for that “oh no, I am sorry” shtick.

Paulistanos are the closest Brazilians you are going to get to American professionalism that you are used to. There’s a time and place for everything; when it comes to business and making money, the laid back Carioca way of life won’t suffice.

There are more things to do

The nightlife, libraries, universities, museums, restaurants, parks, theaters, shopping malls, etc. I can go on and on. São Paulo is filled to the brim with anything you could want.

Do you like Rock N Roll music? Then check out Rua Augusta on the weekend. What about Hip Hop? Two of my favorite clubs in Sampa that play Hip Hop are UpClub in Vila Madalena and MaryPop downtown. 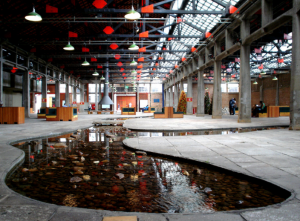 Ibirapuera Park is one of the best city parks I’ve ever been to. There you can find the Afro-Brazil museum and Museum of Modern Art, skate parks, basketball courts, soccer fields, running tracks and much more.

Sometimes the easy-going, laid-back lifestyle of Rio can convince someone that Brazilians are never in a rush to do anything. I know plenty of guys who have told me it seems like Brazilians are so carefree and just relax at the beach all day!

That’s not really the case. Brazilians stress about work and school just like anyone else. And no better place to see the normal life of a typical Brazilian than São Paulo.

But, despite the stereotype of Paulistanos working all the time, they do have fun. In São Paulo, you work hard all day, so you can play harder at night. 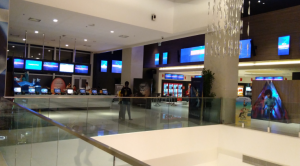 Between São Paulo or Rio de Janeiro, which city do I think is best? It’s difficult for me to choose. I love both cities for different reasons and depending on my mood, I would pick either one.

Rio is a great city for the first timer to Brazil. The lifestyle is a little slower, people are more friendly and of course it has the beach and sun.

I would recommend São Paulo to travelers who are looking for a more high energy trip or who just want to explore a concrete jungle with tons of culture, art, fancy places to eat, a diverse nightlife scene, etc.

But I really am a São Paulo fan.

The grittiness and creativity in every zone of the city makes the place a playground for a young fella like me. I still find inspiration from being around other young people who are doing awesome things in urban environments like São Paulo. It would take years to really know everything about Sampa.

It is a true cosmopolitan city and has everything that makes Brazil a unique place.