The Racism In Brazil Is A Big Problem 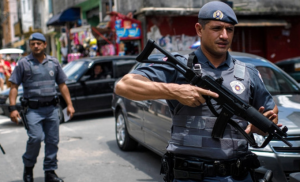 The racism in Brazil.

It’s a huge problem in Brazil and I’ve seen it first-hand. So when I see Brazilians speak about racism in America, I hold back laughter because in my opinion:

The racism in Brazil is worse than racism in America.

I’m saying it and I don’t care who disagrees with me. A big reason racism in America isn’t as bad as Brazil is because of economic development.

For many Black Americans, there are realistic opportunities to reach a middle-class lifestyle despite where you start. There are thousands of Black Americans traveling to Brazil each year for vacation. How many Black Brazilians have you met visiting America on vacation?

Probably not many. I’ve met my fair share of White Brazilians though.

So, I’m tired of Brazilians denying the racism in Brazil.

While staying in a hostel in São Paulo one year, a White Brazilian woman tried to convince me Brazil didn’t have a racism problem like America.

She said that because she can call Black Brazilian men “negão”, it shows how connected and equal all Brazilians are. The democracia racial is proven because white women can call Afro-Brazilian men “big black man.”

Sure, that is true equality.

Let’s look at some of these statistics of equality shall we. 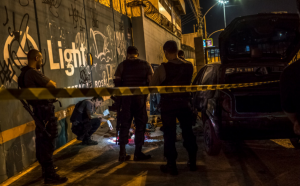 “When you see a police patrol car, your heart freezes,” Luiz Roberto Lima, a black photographer from Rio de Janeiro who lived on the streets as a teenager, told me. “They could kill you because you were at the street or because you were standing up for your rights, and they could also kill you for pleasure. Even if you don’t have a criminal record, they may trump up something against you.”(Source)

Black Brazilians are being murdered intentionally.

People like to call the racism in Brazil covert, unlike America’s overt racism. But these statistics are pretty blatant to me.

On Dia da Consciência Negra, a day when Black Brazilians bring awareness to Black issues in Brazil, my Brown Brazilian friend on Facebook wrote a comment about why we don’t need a day for Black awareness.

She basically typed, “everyone is equal, we need a human awareness day”

Four military police officers in Rio de Janeiro have been taken into custody following allegations that they killed five black and mixed-race youths from a favela and then doctored the crime scene to make it appear like self-defence.

The latest incident in a horrifyingly long list of killings by Rio’s police – which is far higher than that of any US city – has prompted outrage among favela residents and civil rights activists.

The five victims from the Morro da Lagartixa community – all aged 16 to 25 years old – were reportedly out celebrating a first paycheck on Sunday when the police peppered their car with bullets.(Source) 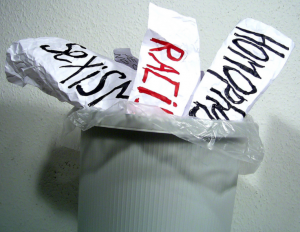 The incident began on October 31st when after posting an image of herself with natural hair as her Facebook profile picture, Araújo’s post was flooded with both offensive and later, supportive comments. There are over 16,000 comments at the time of this report.

Some of the original negative comments, when roughly translated from Portuguese, read “Who posted the picture of this gorilla on Facebook”; “Lend my your hair I want to wash the dishes”; “I did not know the zoo had a camera”; and “How can someone find that hair beautiful.”(Source)

Yes, the beautiful woman at the bottom of this article telling you to subscribe to the newsletter was called a gorilla.

The point of the campaign is obviously to bring “virtual” racism out into the real world, to see if public shaming offline can deter people from posting hate messages online.

The catch, of course, is that people aren’t actually being shamed—their identities are kept secret. Rather, the point is to “raise awareness and start a discussion,” Criola says. If the billboards make those who posted the tweets feel uncomfortable, and perhaps less inclined to post hate in future, that’s an ancillary benefit.

“Those people [who post abuse online] think they can sit in the comfort of their homes and do whatever they want on the Internet. We don’t let that happen. They can’t hide from us, we will find them,” Criola founder Jurema Werneck tells the BBC.(Source) 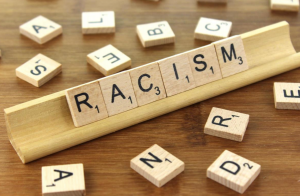 The problem is denial.

The governor of Rio de Janeiro said the 5 black males murdered by police wasn’t due to racism in Brazil. I even read a comment from a Black Brazilian man on Facebook saying it’s not about race.

Somewhere in Rio, I guess five White Brazilian boys are being shot at over 100 times after celebrating their first paycheck.

The issue is people calling it a class problem and not a racial one as if class and race are not historically linked in countries founded on African enslavement.

The problem is the good ol’ “divide and conquer” tactic used by every organization and institution that wants to control the lower classes.

During a study in 1976, a researcher asked Brazilians what color were they. The results are in the infographic.

Understanding what the terms mean is not important. What is important is noticing the lack of uniformity. Without seeing the people in the study, you can assume that many of them were the same color but described themselves in different ways.

Many of those people are alive today and have passed on these terms to their children who now have their own children.

Steps In The Right Direction

Monique Evelle is a 21-year-old social activist from Salvador, Bahia, who was just named one of the most inspirational women of Brazil.

Her organization Desabafo Social is focused on introducing the concept of Human Rights to the youth.

I mention Evelle because she is what Brazil needs to stop racism.

The youth is the future.

To stop the racism in Brazil, you have to stop old ways of thinking and create new traditions like the celebration of Black hair.

But don’t think the march was just about natural hair. It was a lot deeper than hair.

I talked to a friend of mine in Brazil and she mentioned how the event was really important for Afro-Brazilian women who were beginning to take pride in their curls and Afros.

This friend of mine wears a wig and I asked her why doesn’t she wear her hair naturally.

She replied how she isn’t confident in how she looks with her natural hair yet.

The march is about gaining confidence in the way you naturally look and rising above prejudiced people who have an issue with it like the fools who disrespected Tais Araujo.

So how will the racism in Brazil end?

I have my own solutions. I know racism will not be solved by creating catchy hashtags on Twitter and Facebook. Real work will have to be done offline, not online.

But the first step in ending racism in Brazil is to get Brazilians to acknowledge that it exists.