Should You Pay For Drinks In Brazil? 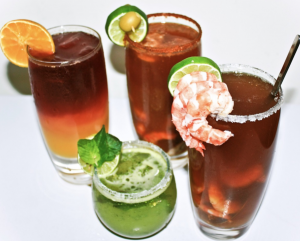 I’m Going To Buy You A Drink

There were two foreign dudes I knew in Brazil who always had something funny to tell me about their interactions with Brazilian women.

Keith worked with computers and was from the American Midwest. He loved to spend time traveling after saving enough money.

He decided this time he was going to Brazil.

Against better judgement, he didn’t make the effort to learn Portuguese so he had a rough time with Brazilian women. He should have learned how to speak like a Brazilian with Semantica Portuguese’s Online Course.

Then you had Rohan.

Rohan was from another country and was able to get a special visa which allowed him to stay in Brazil as long as he wanted.

He spoke great Portuguese, but Rohan’s problem was self-confidence. He didn’t know how to talk to women well and he didn’t want to learn how to. He would find himself going to puteiros for intimacy.

Anyways, I was hanging out with Keith and Rohan one day when they told me about their latest outing. They went out to a club and tried to pick up some Brazilian girls.

Cool, I thought to myself. I love hearing about club stories. Perhaps I can pick up a few tips for myself.

However, I quickly realized this story would be of no use to me. To make a long story short:

That is not my type of party.

Why Do Men Buy Women Drinks In The Club 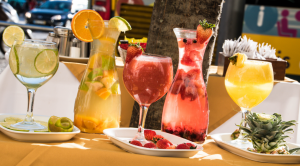 I still see guys buying women drinks when I am out. It is still common.

You might be an older guy who is accustomed to buying ladies drinks. I understand that’s what you did back in the day.

But the dating world has changed significantly. Can you explain to a young man what is the purpose of buying a stranger a drink?

The only answer I can think of is: You find her physically attractive so you are rewarding her for it with a drink.

If I see a woman in the club without a drink in her hand I think:

You are buying a female stranger a drink because she looks good. Am I right?

Now, if you just like buying drinks for people in the club that’s cool. When’s the last time you bought a man you didn’t know a shot?

Brazilian men don’t seem to buy drinks for random women that much in my experience. They realize a drink isn’t going to make or break their chances with a Brazilian woman. They understand the culture. 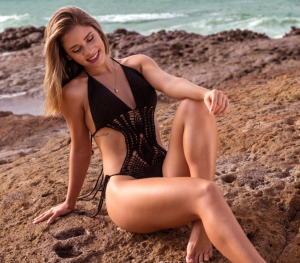 Being Aware Of Mutual Attraction

There are ways to find out if a Brazilian woman is open to talking to you in a club without buying a drink. In Brazil, a regular woman will not approach you. You have to approach her.

But first you need to look for a sign before you do.

A few signs can be:

If you meet a woman in any of these situations and she is feeling your vibe:

A drink will not make her dislike you after you already have her undivided attention. If a Brazilian woman wants to get to know you more, a drink won’t make that feeling stronger.

Should You Pay For Drinks In Brazil?

And the finale, should you pay for drinks in Brazil?

It’s Saturday night. You are in Rio de Janeiro. You go to Lapa, the party section of the city. You got a nice buzz and you’re dressed to impress.

You walk into a club and inside, you see this beauty:

Uhh, can I buy you a drink PLEASE!?

Hold on my man.

Before you reach for your wallet and spend reais on this strange woman you just met, ask yourself why are you buying her a drink.

It’s all about your intention and inner motivation.

There’s not a universal answer for every “buy a drink in the club” situation. But there are general principles.

Reasons why you should pay for drinks in Brazil:

Reasons why you should not pay for drinks in Brazil:

Men buy drinks in clubs and bars every night around the world. It’s a tradition passed on from father to son. Perhaps your own dad met your mother after buying her a drink.

Buying a drink is not important anymore. A woman interested in you won’t even realize you didn’t offer her one. The real issue with paying for a drink in Brazil or any place for that matter is recognizing when you are just being used for one like my buddies Rohan and Keith.

For the complete guide to dating in Brazil, click here.