The Secret To Saving Your Marriage In Brazil 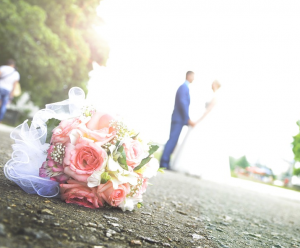 A few months ago, you decided to leave everything you had in the United States so you could be with your Brazilian girlfriend.

But life is not going as planned.

But worst of all – these financial problems are putting a massive strain on your relationship.

Without money to survive, you and your soon-to-be wife are forced to borrow money from family and friends.

No money leads to many arguments

The disagreements get so bad you think about canceling the wedding.

Being alone has to be better than arguing with a woman who isn’t your wife yet, right?

What do you do?

Perhaps, you do what Professor Neil Turner did since this is his story.

Despite the early struggles Professor Neil had while dating his wife in Bahia, his relationship survived.

Their money problems gradually went away with perseverance, hard work and faith.

They married the same year and Professor Neil was able to give a middle-class lifestyle to his wife.

The arguments were OVER and they lived happily ever after, right?

The Secret To Saving A Marriage In Brazil 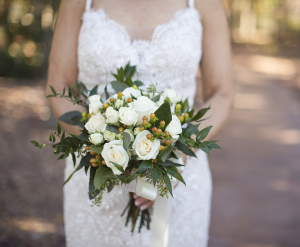 Despite their money woes no longer being present, Professor Neil and his wife began to argue AGAIN.

Neil had no idea what was going on.

This past year has been difficult in my relationship with my wife. We have passed through a period of intense quarreling and dissension. At first, I could not understand why this was happening when we both have a tremendous amount of love and respect for each other.

Yet, I began to understand that I had reached a level that revealed a darker side of the Brazilian culture – a side that repulsed me.

Professor Neil didn’t understand why the love of his life – his wife – was frustrated with her new lifestyle.

Not until he thought deeply about his wife’s upbringing, culture and perspective of life, did Neil finally begin to put the pieces of the puzzle together.

Another interesting dynamic is that my wife is going through a period of transition.

As she moves closer to a middle class lifestyle (my English school is growing now, I am earning good money, our living condition has improved with a good amount of disposal income for things like new furnishings, better clothes, expensive travel, events, and she is no longer required to work) she is becoming more insecure.

Yet, Neil didn’t figure out the secret to saving his marriage in Brazil until one massive argument almost ended it.

After the disagreement, Neil stormed out of his home and walked to the beach to cool off. The turning point of Neil’s marriage and life in Brazil came to this moment.

That night, Neil discovered the powerful answer that would not only save his marriage in Brazil – but improve every aspect of his life in Salvador, Bahia.

Professor Neil Turner is an American anthropologist and has lived in Salvador for the past nine years.

Recognizing the growing interest among Black men about international dating, Turner decided to write a detailed book about not only his personal experiences marrying a Brazilian woman, but other important aspects of Brazilian society like:

Overall, I highly recommend the book.

You won’t get this unique perspective and deep analysis from any other book. 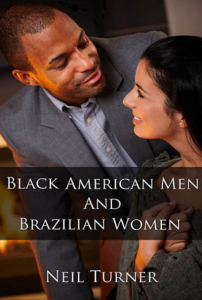 You can buy the book by clicking the link below: