7 Things You Must Do Before Going To The Olympics

Zika is ruining everything..

The world (at least in the states ) is afraid of Brazilian mosquitoes.

What will happen to the Rio Olympics?

Will people not show up? Are plane tickets, apartments and Olympic events being canceled at a rapid pace?

Will the USA Basketball team play without their biggest stars? At the time of this article, these are a few key NBA players who have dropped out thus far:

On a more serious note, the Rio government just asked for emergency help for the world event.

This WAS NOT how I envisioned the Olympics a few years ago.

For many, the answer is yes.

The Olympics Will Be Terrible

These people probably said the same about the 2014 World Cup and we all know how that turned out.

If you are a rational person, the answer might be “it could be bad or it could be good”.

No one has a crystal ball predicting the future. Some “experts” say the Zika virus is the real deal and people should not visit Brazil this year.

Other “experts” – like the ones in that CNN video above – say the chance of visitors getting Zika is practically 0%.

Unfortunately, it seems like most cases of Zika are only affecting the poor. But with winter arriving, the cases should continue to decline.

So – if you are headed to Rio this Brazilian winter, how should you prepare before going to the Olympics?

I’m going to list the top 7 I recommend to anyone who wants to have a great time in Rio during the biggest sporting event in the world. 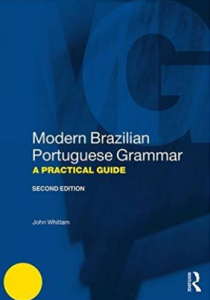 I’ve written many articles about it. I even created a free eBook with the best tools to get your Portuguese working ASAP.

The biggest reason this is numero 1 on the list and essential to your trip being the best it can be is: Rio de Janeiro will be flooded with tourists.

I’m sure you want to stand out a bit, in a good way.

With English and Portuguese under your belt, you might get opportunities others won’t get. You’ll understand conversations and signs others will be ignorant to.

Trust me when I say, it’s extremely important knowing what strangers around you are talking about.

Before going to the Olympics, check out these articles. 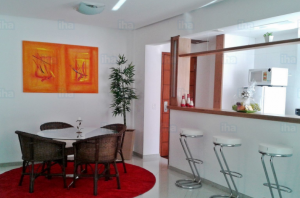 If you haven’t booked an apartment yet, I don’t know what to say.

Instead, you stay in an apartment.

You don’t stay in a hotel my friend – because they have RULES and they are OVERPRICED.

Wow, you’re right Shad – so where do I stay?

I can only recommend two apartment services – take your pick.

1. Airbnb – You are probably familiar with the name. They have tons of apartments around the world. I recommend Airbnb if you are staying outside of the typical Copacabana/Ipanema area.

2. Rio Beach Rentals – I’ve stayed with them twice in Rio de Janeiro. They have an awesome selection of apartments with great prices. I recommend them if you want a professional service. Tell them Rio In A Week sent ya.

You gotta make friends BEFORE going to the Olympics.

Sounds simple right? But too many people head to the country and they don’t know anyone from the place.

Or they just plan to hang out with their homies the WHOLE trip while boozing and snoozing.

Let me fill you in on something – a Brazilian can introduce you to waaaaaaaaaay more fun and interesting clubs, parties, events, etc.

How do you make friends before you get to Brazil? 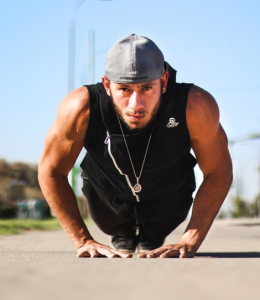 If you’ve read enough of my articles on here, you know I’m a big supporter of getting in shape.

I don’t care how old you are, how much time you DON’T have or what little money you do have – health is always at the top of the list.

Without health, nothing else matters.

You are working to pay future medical bills.

With that said, being in shape will make your trip to Brazil 100x better.

Recently, my friend told me about an older guy he knows who lives in Central America. He has all the money he needs to live where he wants, how he wants.

But at the age of 60, he just can’t do the things he used to do. He can’t climb the hills and mountains he wants to climb when he travels.

After a few minutes, he needs to rest.

Don’t go to Rio de Janeiro and miss the chance to experience the natural beauty of the city.

You need stamina for that.

So before going to the Olympics, check out my article about how to get in shape using kettlebells. 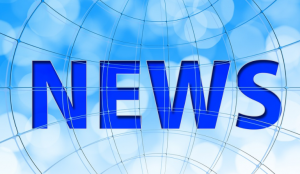 The news is created to get the biggest ratings.

It’s not the truth. It’s not to inform you on what’s really going on.

Yes – Rio could have done a better job at preparing for the Olympics and spending their money but the city is not nearly as drama-filled as the news likes to show.

Anyone who has been to Rio knows this.

The news will only make you afraid of Brazil.

6) Work On Your Basketball Skills

Let me tell you a story about how I found this out in Sao Paulo (the hometown of Brazilian NBA player Leandro Barbosa – I actually seen him on a flight to Rio once).

So – I was in Sampa with my friend Paulo and he asked me if I wanted to hoop with his boys on Saturday.

Now, I’m not the biggest NBA fan and I don’t play basketball that much anymore. But I grew up playing ball so I have the necessary skills for a decent performance most American dudes have.

We travel to his neighborhood in Artur Alvim in the East Zone.

His friends are there warming up and I realize I’m the shortest dude there.

It was like 85 degrees during Sao Paulo’s “winter” season.

So, we play a couple of games and I do okay. I won a game for my squad with a 15 footer and had a few steals but I was clearly NOT the best player on the court.

There was one dude – not in the picture – who was killing it.

He was like 6’0, fast, could shoot, he had handles. I could tell he AT LEAST played college ball. And I was right.

WARNING: If you go to Rio and find yourself in a basketball game – the Brazilians who are playing, are probably quite good.

It makes perfect sense. In the land of soccer – for a Brazilian to choose basketball over futebol, it must mean he is pretty damn good at the sport and plays it religiously.

And if you haven’t already – before going to the Olympics..