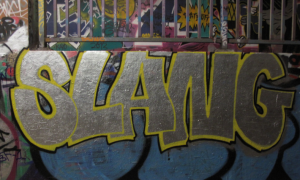 You won’t learn these words and phrases in a normal Brazilian Portuguese textbook.

There’s a time and place for everything. In a normal Portuguese learning classroom, you would learn the most common and formal words/phrases.

If you are learning Portuguese for something more specific like business or college, you would also learn key vocabulary to use in an office or classroom setting.

This curriculum makes sense. You should learn formal language skills when beginning a foreign language.

It helps to build a solid foundation that you can constantly add new vocabulary to. Also, when you first meet people, you do want to speak in a neutral tone until you are comfortable around them.

You don’t want to offend anyone.

But just like in the United States, informal speaking is the way people really talk in Brazil. Brazilian slang is where it’s at when you are around your friends. You don’t want to sound like a college professor while everyone else is shooting the shit.

How People Talk In Brazil

Brazilians will tell you straight up that they speak very INFORMAL. 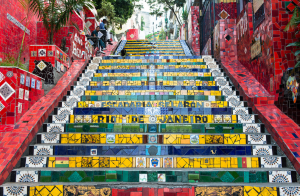 The education system in Brazil isn’t very good. So, many Brazilians don’t even know how to speak correctly in PORTUGUESE if they tried.

And let’s not even get into what REAL Portuguese is. European Portuguese is quite different and some say it is the real way to speak.

But language changes over time. So, I don’t really pay attention to what is real Portuguese and what is not.

When you are learning a language, your goal should be making sure you are understood by your target audience. Whatever Brazilians say to get a point across, you better mimic it.

In everyday speech, Brazilians use a lot of slang, idioms and casual phrases. Around family, friends and strangers who seem cool, you will usually hear informal Portuguese 9 times out of 10.

One of the first books I bought before going to Rio was Dirty Portuguese: Everyday Slang from “What’ Up?” to “Fuck Off!” by Alice Rose.

It’s a Brazilian slang book filled with witty words and phrases from everyday subjects like hanging out with friends, sports and food to more dirty topics like sex and drug usage.

I definitely recommend this book for the serious Portuguese language learner who wants to add some useful phrases to his or her arsenal.

And the Portuguese learner who wants to talk dirty with their Brazilian friends.

Like I mentioned in the beginning of this post, you should definitely build a solid foundation of proper Portuguese before talking informally. Using an online Portuguese course like Semantica is what you want to do first.

It will be better for you in the long run.

You never know what might happen in the future. You could have business or education opportunities one day and you will need to know how to speak proper Brazilian Portuguese.

After you have some Portuguese under your belt, you then start focusing more on informality so you can really understand how the average Brazilian speaks and thinks.

Every week, pick 5 to 10 Brazilian slang terms and practice using them in sentences and everyday situations. Figure out how you would say a certain thought in English slang and find the equivalent slang in Portuguese.

Before you know it, you’ll be talking in Brazilian slang. But remember, only use informal Portuguese with an informal crowd. Don’t blame me if you say “E ai rapaz, beleza?” to an elderly woman and she looks at you with a confused look on her face.