How To Stop Women From Canceling Dates In Brazil

Every man has been there.

You got a date scheduled in a few hours. You’re at work and playing out how the date will go in your head. Your outfit is already picked out.

It’s 5PM. The date is at 8PM and you’re going home so you text the woman to confirm.

“I’m sorry, but I won’t be able to make it. I have a lot of work to finish tonight”

What happened? You both hit it off when you met her a few days ago. The conversation was effortless. She was really giving you signs of interest.

Why did she come up with that weak excuse to not meet up with you now? 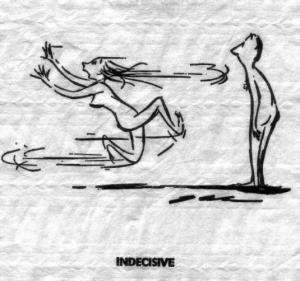 Don’t feel bad that she flaked on you.

It’s not really about you. Women flake on childhood friends, even their own parents.

Don’t be surprised if a woman doesn’t care about not seeing a random guy she just met a few days ago.

Women are approached daily in the modern dating world; online and offline. They are overwhelmed with all the guys trying to get with them. You could be the 10th guy she talked to that week. She can easily forget you.

There’s a theory that when you have too many options, you become indecisive and just don’t choose anything. And when you do eventually choose, it’s usually at random and it’s probably not the best choice.

A lot of women are so overwhelmed with their dating options that they really do flake on certain guys that are great for them. They randomly choose to go on a date with a guy who isn’t the best option. He just asks her out on the day she finally decides to go out.

I’ve been that option women choose to go out on a date with. I’ve also been flaked on after having good chemistry with a chick.

In Brazil, women canceling dates is common. If you are on a one week vacation in Brazil, your chances of being flaked on has been doubled. A lot of women won’t go on a date with a guy who is leaving in a few days.

So, how do you overcome the flake in Brazil?

How do you meet a Brazilian woman and convince her to see you one on one?

The 4 Commandments Of Dating In Brazil

If there is a will, there is a way. You have to strategize, bud. Most of us will be flaked on until the day we die, but you can decrease the rate of canceled dates with a few changes to your game you might not be doing already.

This article disregards online dating. I will also assume there isn’t a huge language barrier that hurts your chances with getting dates in Brazil. 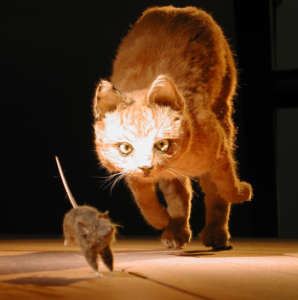 “I love the thrill of the chase”

What does that even mean? Is the woman running away from you and you are chasing her like a game of cops and robbers?

If a woman is running away from you, I don’t think she likes you man.

If you meet a Brazilian woman and she’s being difficult, don’t waste your time. No woman who is really interested in you will make you jump through hoops to take her out. When a woman wants to see you, she will make time to see you.

Even in Brazil, you don’t have to be super aggressive to meet women.

You don’t have to beg for her time. She will make time. So, don’t chase em’.

You might even make a Brazilian woman interested in you because you aren’t chasing her! Most guys do chase women. Do the opposite and you will stick out.

Let’s say you are in a club in Rio. Make small talk with a woman. If you don’t see any signs of mutual attraction, excuse yourself without making any attempts of getting with her.

There’s no telling what she’s thinking now. You aren’t thirsty like the other guys there? Who are you?

Sometimes, you can create attraction just by not showing your cards the first time around. Eventually, you might talk to her again that night and she should be showing you something if she is attracted to you. More eye contact usually.

Remain mysterious, but exchange numbers. Now, you created a situation where you aren’t really pursuing her. It’s more like two people wanting to get to know each other better. It’s no longer one-sided.

Like I mentioned in my article, 6 Reasons You Aren’t Successful With Brazilian Women, I really think kissing is the #1 way to get a woman in Brazil to see you again.

And Brazil is a kissing culture. I’ve seen two people meet in a club, dance and make out in fifteen minutes.

It’s not 100% guaranteed, but in my experience, doing some type of physical touching leaves a lasting impression on a woman you meet at a party or in the club with kissing being the best.

If you are a great kisser, a Brazilian woman will be interested in seeing you again. And if she kisses you, it’s a solid sign that she finds you attractive. There is no guessing game. She gave you the go ahead.

Sometimes you are talking to a Brazilian woman and she wants to see you, but life is still going on. You might be on vacation, but she isn’t.

She isn’t really making you chase her. But she is viewing the situation like most women do. You are the man and you are pursuing her.

She also might be having second thoughts about going on a date with a foreigner.

Convince me to see you again is what she is subconsciously thinking. So you will have to be a little more persistent in getting her to reschedule what she thinks she has to do before seeing you.

How do you do that and stop the flake in its tracks?

“Let’s get a drink tomorrow at 8PM”

There’s a thin line between being assertive and being a control freak. So, be careful with how you come across. Too much force and you seem creepy. Too soft and she’ll blow you off.

Let her know it’s now or never. Have a set day and time and don’t budge. If she really is interested, she’ll like your assertiveness and make the time.

Even if she has to flake on someone else to do it.

And the last commandment to stopping flakiness in Brazil…

Have multiple dates scheduled on the same night

Women aren’t the only people who can have options. If you aren’t constantly talking to women then you are asking to not have any women at all.

I recommend having at least TWO dates scheduled in one night. Plan B is a necessity in Brazil.

If your first option cancels, you aren’t too mad because you have the second option.

And if the first date is still on, you can just reschedule Plan B for the next day. In my experience, women won’t hold a canceled date against you unless she really isn’t interested.

How To Secure Dates In Brazil

You have to bring all the commandments together. To get dates in Brazil and stop the flake, the game plan must be formulaic. No woman is identical to the next but there are common reasons why women cancel dates. These commandments will help combat against those reasons.

The biggest take away from this article should be to make a good first impression. Stand out from the average guy because women have a lot of options today. If you can make a woman remember you, you will have a better chance at being her first option.

Having multiple dates in Brazil lined up will even put the power in your hands and give you more options.

If you can follow the commandments and truly believe in them, you will not only have more dates than you could ever want in Brazil, but also in your city.