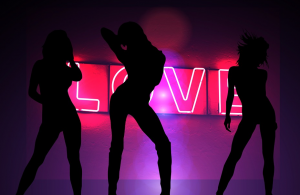 A Few Thoughts About Brazilian Prostitutes

This might be the most controversial article on my blog.

Growing up, I thought it was rare. I thought only perverts or men who couldn’t get sex from normal women solicited hookers.

Then I grew up. I realized normal men had no problems paying hookers. Some of them even had a girlfriend or a wife.

In the media, famous men are caught with prostitutes – international superstar Justin Beiber was caught with a Brazilian prostitute.

It’s much more common than I ever imagined. Even women are starting to accept it. A lot of women already frequent strip clubs – strip clubs are just a way for prostitutes to diversify their income and POSSIBLY meet a rapper or rich man.

So when it comes to “tricking” overseas, I’m sure you can guess my opinion about it. I don’t support Brazilian prostitution. I’ve never spent a cent to fund the industry although I have been to three brothels before.

My Time In Brazilian Whorehouses

The first time was in the Rocinha favela in Rio de Janeiro. My Brazilian friend took me without me knowing. As soon as I walked in, I turned right back around.

The second time, my friend in Sao Paulo wanted to show me a downtown brothel. I was a Black American in Brazil so “I was supposed to pay for sex”. 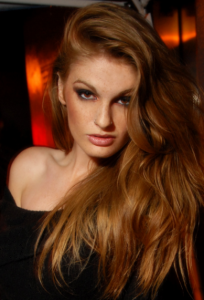 I was curious and agreed to check it out as long as he paid me to get in. We walked inside the building. There were seven floors and each staircase had Brazilian prostitutes hanging around. While we walked up each floor, they touched and rubbed me so I would pick them.

This brothel was low rate because most of the women were old-looking or ugly as hell. My friend joked that the old prostitutes were for the Bolivian immigrants.

To my amazement, there were a lot of everyday men inside. There was even a guy in a business suit. I didn’t feel welcomed because an old woman told me I couldn’t sit down unless I bought a beer.

And the last time I went to a Brazilian brothel was in Guarulhos, a city right outside Sao Paulo. I went with the same friend and he owed me money so I told him if he paid for me again it would be paid off.

The real reason I wanted to check out this last brothel was because it was a special night: you got a free beer.

We went inside and this turned out to be a really interesting experience. The place just opened so there weren’t any men inside yet. I sat down with my friend and two Brazilian prostitutes came to talk to us.

The prostitute that talked to me was a young Black Brazilian woman and I realized I could use this conversation as a way to understand why she was having sex for money.

To make a long story short, she had two children, had no education and needed the cash. She asked me questions about where I was from and why I was in Brazil. We conversed for about twenty minutes until I got thirsty.

I walked over to the bar and claimed my free beer.

When I got back, my friend was having trouble with his prostitute buddy and she left because he wasn’t going to pay her.

He told me the price was too high. 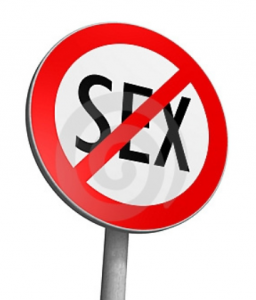 So although I’ve never paid for sex, I’ve seen a bit of the prostitution industry in Brazil. As a foreigner, you are stereotyped to want to pay for sex so I avoid hanging around dudes in that scene for the most part.

With that said every man has the right to do what he wants. Who am I to tell a man what he can and cannot do despite my disagreement with it?

One of my favorite comedians, the late Patrice O’Neal spoke in detail about his time in Brazil and how well Brazilian prostitutes treated him.

Patrice actually said having sex with Brazilian prostitutes made his relationships in America better. So I can’t tell a man like that to live the way I do if it is helping him in a positive way. Keyword is positive. There are guys who sleep with prostitutes and their life doesn’t improve.

I can’t personally get down with Brazilian prostitutes for a few reasons.

And the biggest reason of all.

I will never support a Brazilian prostitute because I have game. Having game isn’t just about getting women. It’s also about being sexually disciplined.

I know there are guys who aren’t looking for a wife, girlfriend or good conversation. Their main goal is fast and easy sex.  This happens in many other places too, places like Costa Rica.

Although you can get it for free, some guys have porn-style fantasies like sleeping with two women and doing things the average woman is not going to do.

*Here are 10 reasons why you should get a Brazilian prostitute:

This offer will be removed soon so catch it before it’s gone.