Avoid The Headaches Of Dating An Afro Brazilian Woman

No, I’m not saying don’t date Brazilian women of African descent. Actually, I’m saying the opposite. I think every black man on earth should try to date one before he leaves this earth.

All of the older Afro Brazilian women I know remind me of the black women in my family. They are caring, religious, always open to hear what you have to say; overall they are just strong, good-hearted people who’ve been through god knows what.

And I’m thankful for their Afro Brazilian daughters.

So you want to date an Afro Brazilian woman eh?

Well I have good news and bad news. Let’s start with the bad news.

The bad news is that you will have arguments with her like any other woman. Yeah, she’s not THAT different from what you may be used to. Women are women.

The good news is that you can avoid a lot of arguments by being aware of misunderstandings that might pop up during your relationship.

Learn how to get around the touchy subjects, so you can spend more time enjoying the relationship instead of holding on to it.

Also, I’m not saying to not have serious discussions. If you two don’t see eye to eye on something, figure out why she thinks the way she does and then go from there. Brazilian women love a man who can teach them things they don’t know.

Afro Brazilian women are great and some of my favorite people in the world. Some of the headaches below are serious, some are not. But when did the seriousness of a random argument ever matter? 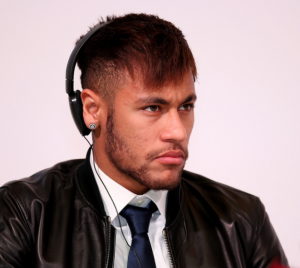 Her Brother/Father/Mother May Be White

Brazilians view race quite differently than Americans. A white person in Brazil may not be white in America.

If you stay in Brazil long enough, you might find yourself thinking about race like them. Being white is a social construct and not anything concrete in my opinion.

You might be dating an Afro Brazilian woman and she’ll tell you that her brother or dad is branco. If you meet them or see a pic and they look more like Drake than Justin Bieber, don’t try to convince her that they are not white. You will just get frustrated.

It’s well-known that Brazil is probably the most mixed country on Earth. Everyone is a mixture of European/African/Native American ancestry to varying degree. And many of them take pride in it no matter how it came to be.

So, your Afro Brazilian woman will probably have whites, blacks and mixed people in her family. Accept who she claims them to be and avoid the headache of trying to explain to her that her aunt isn’t really white.

She May Not Understand How To Use The N- Word Correctly

This isn’t just an Afro Brazilian thing. I’ve noticed the popularity of Hip Hop culture in around, so it’s understandable that foreigners might want to use the word when they are around black Americans.

Personally, I don’t like when foreign people use the n-word; even if they are black. I don’t even like when black American women use it. When foreigners say the n-word, it sounds funny to me.

And many times, they don’t use it correctly.

Yeah, that’s not a good way to use the term.

One Brazilian girl I dated called me the n-word and I politely told her not to again. I think I hurt her feelings a bit because “she uses it with her other black friends”. But Brazilians must realize, not ALL black Americans use the term or like being called it.

If you have this problem and don’t want her to use the word, just let her know you don’t use the term yourself. You shouldn’t even be using the n-word while you’re in Brazil anyway. 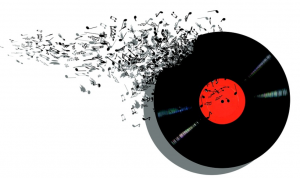 Her Musical Tastes From America May Be Outdated

I checked out this Hip Hop club in Downtown São Paulo one night.

I’m not sure who the DJ was, but the music was outdated and not relevant to nightlife. Around midnight, they played Diddy’s classic homage to the late rapper Biggie. Yes, they played “I’ll Be Missing You” at a Hip Hop club. And everyone continued to dance.

This headache is for laughs, but you might notice your Afro Brazilian woman is out the loop on certain types of music. Be patient with her. Introduce her to the most recent rap hits from America. As long as it has a hot beat, she’ll automatically enjoy it. And in turn, she will introduce you to the hottest songs in Brazil.

She Criticizes Brazil As Much As You Criticize America 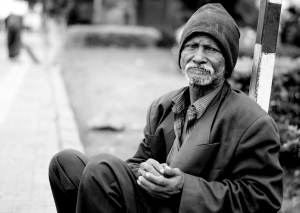 Brazil has all of these problems. Most countries do. But that doesn’t stop any of us from complaining about how bad OUR country is.

So, you might try to convince her that America is not a walk in the park and is on its last leg. She might think to herself:

How bad can America be if he is able to travel to Brazil and tell me this?

Brazilians, like a lot of foreigners, still have the belief that America is the best place on Earth to succeed. If only they could get to America, they would become successful. Or at least make more money than they would in Brazil.

Don’t argue against this.

Let her win. There’s no way you can convince her that America isn’t what she sees on television. She’s probably heard of several success stories of people in her city immigrating to America and loving their new life. Isn’t it so convenient how we hardly hear the failures?

To give her credit, America isn’t as bad as her country in any of the issues I brought up. Racism is the only topic that you can argue and even then it’s hard for me to say Brazil is less racist than America. 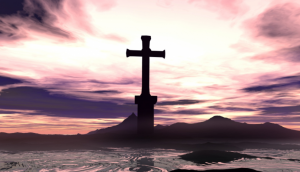 Do Not Argue Religion

Whether you’re Christian, Muslim, Buddhist or an atheist, I implore you not to argue against one’s faith in Brazil.

In America, you are able to make remarks here or there about what someone believes in as long as  you don’t go too far. There’s a lot more open discussion about it in my experience.

This isn’t really the case in Brazil. Most people are still heavily Catholic. The older generation is very religious and although their children aren’t as much, they were raised to respect it .

Don’t make any religious jokes. I did this once and my chick gave me the side eye of side eyes. It’s just not funny to them.

If you aren’t really a church-goer, you won’t have too many issues.

I lived with an Afro-Brazilian family for 4 months and they never pushed me to go. Before I moved in, they did ask about my religious affiliation though.

If you are dating an Afro-Brazilian chick whose religious and it’s getting serious you might have to go now and then. Just don’t argue religion.

Keep these 5 headaches in mind (pun intended) and you will keep your happy home happy.

For more information on dating Brazilian women click on this link.