Are Africans Treated Differently Than Black Americans In Brazil?

If You’re From California, Why Do You Have An African Accent? 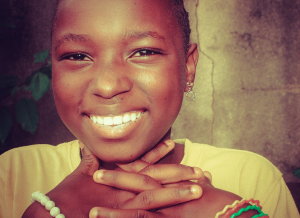 I needed to find a job.

It was almost 2 months since I got to São Paulo and I was spending more money than I wanted to. I needed to find a job if I wanted to stay in Brazil for the rest of the year.

Without a work visa, I only knew one person to call: my friend who was an English teacher.

She couldn’t get me a job at the school she worked at, but she hooked me up with another black American guy who taught privately.

I contacted him through Whatsapp and we met up soon after downtown.

At first glance, I didn’t notice anything peculiar. He approached with a regular hair cut, a basketball jersey with jeans and regular tennis shoes.

“And you are from America?” I already knew the answer to my question, but I wanted to see what he would say.

“Yeah man, I’m from California. My family lives there now too.” – Chris replied.

“But were you born in Cali?”

“Uh, well I was born in Nigeria really.” – Chris admitted.

“Oh ok, I thought so because you don’t have an American accent at all.”

Chris’s face went from a smile to a frown and I could tell he was mad his cover was blown. But, cmon. What was he thinking?

I’m actually a black man from America. I know who is black American and who isn’t.

Later, I learned he tricked every Brazilian he knew into thinking he was actually American.

My first reactions were laughter and disapproval. I couldn’t believe Chris was really walking around São Paulo and posing as a black dude from America.

There were tons of Nigerians in São Paulo, so they knew he was one of them. But Brazilians couldn’t tell the difference. Chris played the part of a black American well enough that Brazilians had no idea he was really African. They usually can’t pick up on different English accents.

But soon I realized that what Chris was doing had a deeper meaning.

Many Africans in Brazil are looked down upon. There are many people from Africa and Haiti who are discriminated against because of stereotypes.

I had to think about why Chris wanted to be a black American in Brazil and not an African.

Black Americans In Brazil And Worldwide

Black Americans deal with racism abroad, but in varying degrees depending on the country. And it also depends on the person.

For example, many brothers will say places like Germany and Japan are great and they were treated with the utmost respect and hospitality. But another brother will have a totally different experience and tell you how racist German people or Japanese people are.

So, how are black Americans in Brazil treated? Based on my experience:

In contrast, many Africans are in other countries looking for a better life. In Brazil, specifically in São Paulo, you will find many Africans working as street vendors selling items like watches, movies, video games and headphones.

They usually get special visas that allow them to live in Brazil for an unlimited time. “Chris” didn’t know Americans couldn’t stay in Brazil more than six months out the year with a tourist visa.

Unfortunately, many Brazilians are raised to believe all Africans are poor and diseased. There are many news stories online about Africans being discriminated against in Brazil.

Africans are also stereotyped as drug dealers in Brazil. Jails in São Paulo are filled with Nigerians. There are a few Africans who are involved in illegal activities, but many of them are making an honest living. There are actually many Africans in Brazil studying in universities.

Yet, many Africans are not seen in a positive light by Brazilians. And I haven’t even gotten to the daily racism and colorism that even regular, dark-skinned Brazilians deal with too. I’ve touched on racism in Brazil in a previous article, The Different Shades Of Black In Brazil.

Of course, I am not African so I cannot speak for them. I am only generalizing based on what I have seen with my own eyes and what I have been told.

If there are any African brothers who have been to or now live in Brazil, leave a comment about your experiences.

Africans vs. Black Americans In Brazil

So, you can see Africans and black Americans are usually in Brazil for different reasons and that can be a big reason why they are treated differently.

Historical racism is also a big part in why black Americans in Brazil are treated better than Africans. Black Americans are seen as “better” even if they are dark-skinned.

In the modern world, no one likes poor people. And in Brazil, black Americans are seen well off while Africans are seen as poor and uneducated. It’s a disgrace, but that is what I have seen.

Not all Brazilians view Africans this way but too many do.

Do I think African brothers should avoid Brazil? Of course not. You should still visit. For every racist Brazilian, you will meet a friendly Brazilian who is free from ignorance.

No matter what, everyone should be proud of who they are. Africans are some of the proudest people I have met. Africans should never feel like they have to disguise themselves as a black American to be treated fairly. Demand respect or do what I do and “get in where you fit in”.