6 Things You Didn’t Know About Brazil

What are the first things that come to mind when you think of Brazil?

But the South American country is more than what you see on the surface.

Read on to see a few things you might not know about Brazil. 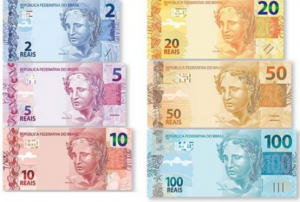 Sometimes when you are on vacation, you can be in “splurge mode” and not pay attention to the prices of things.

It’s natural; you are in a city to have a good time, not to worry about how much a pizza costs or how much you tipped to a cab driver.

But locals are always faced with the reality of living in a metropolitan area and their wallets feel the true cost of living in these two world-class cities.

In fact, Rio and Sampa were just as expensive as New York City until recently. Both cities have dropped in global ranks due to the weakening of the reais.

Tourists are thankful for the fall, but still beware; you can spend a pretty penny if you aren’t careful.

If you want to live in Brazil some day, check out my article about how to become location independent.

Whether you are pro-choice or pro-life, you have to appreciate the fact that you have an option to choose. Abortion is one of those touchy subjects where you can’t defend both sides; both sides will hate you unless you give your 100% support to them.

I lean towards pro-choice for the simple fact that there are plenty of reasons why a woman would feel it is necessary to have an abortion. Rape, teen pregnancy, poverty and life-threatening pregnancies are a few reasons that seem rational to me.

Although Brazil permits abortion if a woman is raped or her life is at risk, often times it still can be difficult to get the procedure done due to society norms.

Whether a woman wants an abortion or not, her choice is heavily influenced by her family and friends and that can make her conform to what is expected of her.

Brazil is still a no-nonsense, Catholic nation that views abortion as a sin. Hopefully, the option for being able to choose is granted to their citizens soon.

3. Favelas can be safer than the city

Contrary to rumors, not all favelas are dangerous areas where you will get shot or robbed as soon as you step foot in one.

It depends on various factors.

Is it pacified? Is it known for drug trafficking?

Do you know anyone there?

Some Brazilians have a bias view on their hoods and will tell you not to go. But think about the rough areas in your country.

A few of you may have grown up in a tough neighborhood and realize most people there are normal citizens just trying to live. 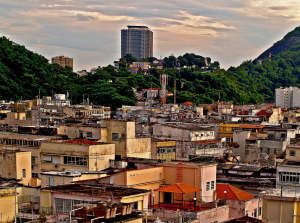 In most cases, tourists find trouble outside of the favelas. You have to look at it from a criminals perspective.

They know a foreigner is more likely to be in a tourist area, so they will hang out and target gringos there. If you are in a favela, they will assume you have nothing valuable to take.

Overall, Brazil isn’t that dangerous unless you partake in criminal activity. Stay out of trouble and you will be fine.

4. Brazil can get cold

Out of all the things you didn’t know about Brazil, I bet this one is hard to fathom. But its true depending on the region.

If you never travel further south than Rio then you will never experience the Brazilian cold. But if you only go south enough to check out São Paulo in August, you will feel the winter chill, especially at night.

Even Rio can get nippy during Brazil’s winter.

You can expect low 60s, even high 50s at night. So pack a jacket when you hit Lapa.

5. São Paulo has the biggest Japanese population outside of Japan 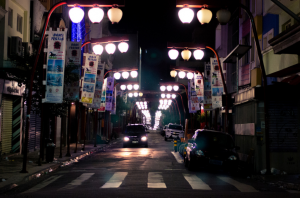 This threw me for a loop when I lived in Sampa. People don’t think about Japanese-Brazilians due to their presence almost being limited to the state limits of São Paulo.

Yet, they have a rich history in Brazil.

With a population around 1.5 million, Japanese-Brazilians have migrated to Brazil since the early 1900s.

During the World War era, Japanese immigration peaked with the majority moving to São Paulo and Paraná.

Most Japanese-Brazilians went to Brazil to work on the coffee plantations and faced heavy discrimination.

Despite their initial hardships in Brazil, third generation Japanese-Brazilians have experienced academic and financial success in the last three decades.

I had the pleasure of tutoring a Japanese-Brazilian professional and his stories of life in Brazil were telling.

Although their population is becoming stagnant due to intermarriage, returning to Japan and low birth rates, they have already left their mark on Brazilian history.

If you have the chance to visit São Paulo, stop by the fair in Liberdade for a little taste of Japan in Brazil.

6. The best Carnival is not in Rio de Janeiro

The most famous carnival in the world is in Rio de Janeiro and for good reason. It’s a one in a lifetime type of event that people dream of attending.

Celebrities from all corners of the world travel to Rio to take part in the festivities.

But ask many locals which city has the best carnival and they might not say Rio.

A few of my Brazilian friends have told me Rio is too commercial and they would rather go to Olinda in Pernambuco. I also hear great things about Salvador; the Carnival week can be quite cheaper than in Rio.

Although I could never say with a straight face that a foreigner should opt out of experiencing Rio’s carnival, I would say to keep an open mind and research other cities if you plan to take part in the biggest party week in Brazil.