Brazilian Women and 6 Reasons You Aren’t Successful With Them I’m the Brazilian guy among my American friends.

All my boys ask me about Brazil in hopes of confirming their fantasies or the rumors they have heard about Rio or Sao Paulo.

“Man I heard as soon as you get off the plane there is butt naked women standing outside to carry your luggage!!”

Brazilian Women – It’s Not That Easy 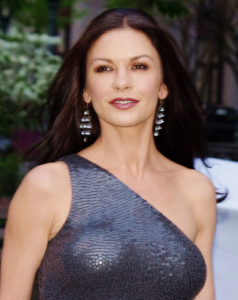 The quotes above describe Brazil as a paradise.

I understand how the fantasy of finding a land where beautiful half-naked women are fulfilling your every request can appeal to the common man.

But these fantasies are just not realistic for the average bachelor heading to Brazil for a week or two.

Many western travelers have a sense of entitlement when they land in Brazil and feel betrayal once they realize the women are not as docile or straight forward as they were led to believe.

In many cases, foreign tourists who have a lot of success with women in Brazil paid prostitutes during their trip.

A lot of guys will conveniently leave out the details of buying drinks and giving her taxi fare (despite her catching the metro home). I firmly believe in attracting women who like you for you and not for your money.

But that’s another topic for the future.

In my experience, Brazilian women are more direct than American women in regards to showing affection.

One month with a Brazilian woman is equal to 3 months with an American one. But in most cases, Brazilian ladies are still ladies and you have to appeal to them like any other culture of women.

I’ve had conversations with a lot of men and over the years I’ve noticed common mistakes they (myself included) have made in pursuing Brazilian women. 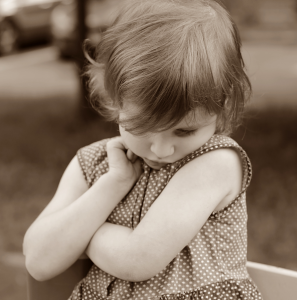 This is very common and is something men from Western societies have to get accustomed to.

It took me a while to become accustomed to it but it really works. You cannot pussy foot around with Brazilian women the way you can with American women.

You have to seal the deal as soon as possible. If you do not kiss her in about 15 minutes or so, she will think you are not interested.

So, it’s imperative to go for the kiss after confirming the initial attraction. This leads to the next reason. To seal the deal with Brazilian women, you have to know how to kiss. You have to be a romantic even if you just met her 5 minute ago.

You have to be the gringo of her dreams that whisks her away into the night.

Women from Latina culture appreciate a great kisser and that can be the difference between a one stand and a semi-long 1 month courtship that finally ends in intimacy.

If your trip is extremely short, you want to make sure the woman knows you are really feeling her as soon as possible.

Practice kissing before you head to Brazil. Learn how to work your tongue and know how to move with the woman’s mouth in unison. God I sound like an older brother teaching his high school aged brother how to make out. There’s a certain amount of Gringo X-factor that works until you look too much of a stereotype. If you stick out like a sore thumb, a Brazilian woman may be too embarrassed to be seen with you in public.

I am a black American guy that wears certain clothes that lets you know where I am from yet I can infiltrate Brazilian functions and blend in due to my skin color.

Yet, sometimes you just will stand out so make sure it’s a positive trait.

For example, in 2013 I was with my former girlfriend in her Embu das Artes neighborhood and I needed a pair of jeans because the rest of my clothes were dirty.

After going to a store and buying a pair, a boy outside approached her and said he knew I was a “gringo” by the way I walked. I had the sort of “swag” that was not native to black Brazilian men.

So certain characteristics like this will make you unique but don’t over exaggerate and look like a caricature of what an average American looks like. Remember, less is more and stay low-key. The brief time you are staying in Brazil can really be a hindrance against you.

Many Brazilian women do not want to pursue anything with you if you are visiting for an extremely short period.

You have to meet women as soon as possible and move things quickly.

Of course there are instances where you can be totally honest and inform women you are only there for a week and due to this limitation of time, they will be open to you pushing things along faster than usual.

I’ve met Brazilian women who take the opportunity with me because they just don’t know if they will ever have a chance to be with an American guy again. They are curious and don’t want to miss out on this rare chance.

But oftentimes, Brazilian women don’t want to be seen in a negative light and will decline your advances if you are just “passing by”. Contrary to popular belief, Brazilians are conservative overall.

Not speaking Portuguese will hurt your chances with most Brazilian women. This reason is not unique to Brazil. In most cultures, women want a man who they can communicate with and express themselves to.

Brazilian women are no different.

There have been plenty of times where I missed out on pursuing a relationship or just relations with a woman in Brazil due to my lack of Portuguese fluency.

Not everyone is patient enough to deal with a foreigner who doesn’t know basic Portuguese.

I’m a big proponent in learning as much Portuguese as possible before visiting Brazil for the first time. The more Portuguese you know, the better your trip will be. Trust me. 6. You Only Frequent The Tourist Areas

I’ve seen this more times than I can count.

So many foreign men will only stick to the tourist areas due to their lack of Portuguese knowledge or not knowing any Brazilians.

I wholeheartedly believe that the best Brazilian women are the girls who speak no English and who live outside of the popular tourist areas.

If you are in Rio de Janeiro, leave Copacabana and Ipanema and check out Taquara or Niteroi.

If you are visiting São Paulo, leave Rua Augusta or Avenida Paulista and head to lesser traveled areas of the city like Saúde or Morumbi.

Your biggest appeal in Brazil is not being Brazilian. You are a foreigner and you want to use that to your advantage to attract women.

In a place like Rio de Janeiro, many people in Copacabana or Leblon interact with gringos every day. Your foreign appeal is weakened in these areas.

But if you head to the beach in Barra da Tijuca, you may be one of the very few gringos there.

Work smarter not harder my friend.

This offer ends soon so it might not be available after you see it today.