5 Myths About Dating In Brazil

Many men dream of a place where they can go and relax, leaving the stress of work life and drama behind. Whether I’m in a barbershop or on a social media website like Facebook, I hear and read my fair share of myths on what dating is really like in Brazil.

I can give the benefit of the doubt to men under 25, who still may not understand the dating environment and believe Brazil to be a walk in the park for meeting and dating women.

However, it is startling to see men in their 30s and 40s spreading false myths about Brazilian women; it’s as if they are trying to boost up their reputation or image among their peers; it ultimately sets up the next man for failure and/or bitterness.

So, with this post, I will touch on five common myths I hear and give my take on them.

The media and pornographic industry can take a lot of the blame for this popular myth. According to them, all you have to do is fly to Brazil and once you land, Brazilian women will high tail it to baggage claim to get their chance at you.

That’s not how any woman works, especially in Brazil. You have to put the work in like any other place.

Honestly, I think Brazilian women may be on the conservative side compared to American and European women.

You can go online and see a lot of pics of dudes with half-naked women dancing and twerking all over them; but a big detail they leave out is they are prostitutes.

To keep it short and sweet. Do you need to know basic Portuguese to DATE Brazilian women?

You don’t have to be fluent or even conversational (although if you can hold a decent conversation, your options will increase ten-fold), but knowing how to ask basic questions, ordering food, talking about general things like who you are, what do you like, etc will help tremendously.

Brazilian women are like any other type of woman; they want a man who can speak their language.

They want you to be able to speak to their friends and family. You can’t do that unless you put in the time to learn the language.

Now, if all you want to do is smash and dash, you really don’t need to waste time unless you just like learning new languages. Plenty of guys go to Brazil and get lucky.

Some guys lie and they are paying for it, but there are a lot of thorough r men with minimal Portuguese skill who bag women. To smash and dash, it all comes with your game and I’ll touch on that later. 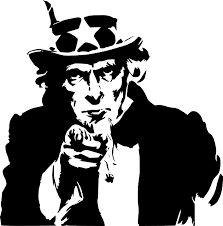 3. American Men Are Sought After Specifically

I’m pretty sure men who spend money on prostitutes started this myth. A man who willingly splits with his money for thirty minutes of sex will always be sought after by prostitutes, whether they are in Brazil or America or Japan.

If you only hang around the tourist areas, you will definitely be sought after by the brothers selling hats and sunglasses and Brazilian themed beach towels.

So yes, you may be targeted by women if you stay in the bars and clubs in Copacabana.

These women will likely be P4P, especially if they APPROACH you. Out of all the women I’ve dated in my life, America and Brazil, not one has approached me.

Your average Brazilian woman is not thinking about American men; she is living her life and dating Brazilian men, the men she has grown up with and dated her entire life.

Now, you may meet a Brazilian woman out on the beach or a bar and hit if off with her. But, has she specifically been looking for her American prince to come and sweep her off her feet? Will you not have to work for her attention and time?

This is a touchy myth because I have noticed some brothers despise the term “game“. They think they don’t have it, so they write it off as some immature concept that means you are tricking women into liking you. Game is not about tricking anyone or being someone you are not.

Game is just another term for using the knowledge you have to get what you want done. President Obama has “game”. He used his words and intellect to successfully campaign to two presidential terms.

Beyoncé has game and I am always impressed by her legion of fans coming out to support her in whatever she does.

“No matter where you go, you are who you are player, and you can try to change, but that’s just the top layer”

Some men, especially black men, believe if they are having trouble with dating in America, they can fly down to Rio and magically find a successful relationship being the same person they were in America.

Although there may be certain qualities in Brazilian women that are more abundant than in other women, that does not mean they are a different species.

They are still women with the same natural instincts and needs as American or European women. If you are a troubled, bitter dude, no woman in Brazil is going to put up with you for too long. If you let women step all over you, the Brazilian women you attract are going to milk your bank account dry.

Myth #4 plays into myth #5. You may think you can go to Brazil with no “game” and be the same Joe Schmoe in Brazil and find a beautiful wife who is perfect. But with what I have seen with men like that, you may be in for a rude awakening.

The Biggest Myth Of Dating In Brazil

The biggest myth of dating in Brazil of all is believing anything you haven’t experienced yourself. It helps to ask other men questions and advice about life and dating in Brazil, but you will never really know what to expect until you go for yourself.