Becoming fluent in Brazilian Portuguese takes time. You won’t speak fluently in a week or even a month.

But there are ways to speaking Brazilian Portuguese faster.

These are 4 shortcuts I have used in order to speak Brazilian Portuguese faster than if I went a more traditional route.

Note: Learning formal Portuguese is important and if you have the time, you definitely should learn the proper way to speak before you learn shortcuts for speaking. If you are going to Brazil on business or you want to go to school in Brazil one day, you probably should learn how to speak more formal and add the informal slang later.

Check out my article about the best online Brazilian Portuguese Course: Semantica Portuguese

I learned this while living in Rio and watching novelas.

Let’s say you want to say something like Onde você está? – Where are you?

You can cut out the Onde está and just say Cadê você? I forget the history of this shortcut but it made sense to me.

If you are “going” to do something, don’t be formal about it. 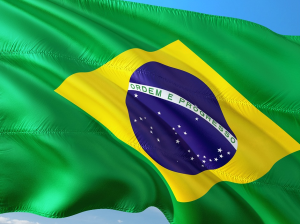 There is a proper way to say “I will” or “I’m going to” in Portuguese.

Don’t say that. Instead, say it as if you were saying it in English. Use the future tense of the verb “ir” which means “to go” by itself or with a verb.

I am going to the beach = Eu vou para praia

I am going to eat = Eu vou comer

I am going to call you = Eu vou te ligar

Use “ia” + the verb to explain what you “would” do

Just like the last shortcut, there is a far easier way to say “I would” than the way you would learn it in a class.

But, we don’t talk proper Portuguese where I’m from. You can say “would” by simply putting “ia” in front of the verb you would be doing.

I would eat – Eu ia comer

I would say – Eu ia falar

Majority of the verbs only need you to put “ia” at the end:

It’s just easier to put “ia” in front of the infinitive and go about your business without remembering conditional verb conjugation and the irregular verbs.

You try it out. How would you say “I would dance with her” using this shortcut?

Use a gente to say “we”, forget about nós

If you take a college Portuguese course like I did, you will learn these subject pronouns:

You would learn 4 verb conjugations based on these pronouns.

Vocês falam – You all speak

But later, you learn that you only need to know 3 verb conjugations. Instead of using nós to say “we”, you can use “a gente”.