When you think about beaches in Rio de Janeiro, what comes to mind?

Usually, those are the first beaches visitors hear about and for good reason: they are located where most tourists stay.

But what about the less popular beaches in Rio de Janeiro with their own character and local flavor?

Below, I’ve listed three beaches in Rio I feel don’t get any love or not enough praise from tourists. 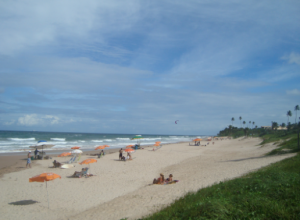 Flamengo is probably my favorite neighborhood in Rio; I still want to live there in the near future.  A big reason for my fascination with Flamengo is it’s beach and park.

Not too many tourists stop in Flamengo. Hopefully, this brief advertisement will be reason enough for a few to visit this bairro situated between the central and southern zones of Rio.

But that is what Flamengo is known for. On any given day, you can catch locals participating in athletic activities.

Another thing I love so much about Flamengo beach is that its in the middle of the city, close to the South Zone of Copacabana and Leme, but also nearby downtown Rio. You can catch some of the best views of the city here.

Warning: This beach is not for swimming. This is an urban beach in every way. Enjoy the people watching, sports, and the sun beaming on your skin, but leave the skinny dipping to more clean beaches. 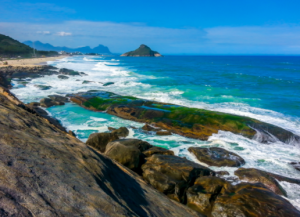 São Conrado is a dope beach down the road from the more popular Ipanema and Leblon.

I love this beach because it’s not too far from Copacabana yet it feels like you are the only tourist around when you step on the sand even if you aren’t. This is a great spot to check out how the locals socialize among each other and enjoy the sun.

São Conrado can get crowded during the summer months, but when I lived in Rocinha during Brazil’s “cold” season in 2012, many days I was able to head to the beach and see it practically deserted compared to the tourist strip. For some Cariocas, 75 degrees may not be beach weather, but for an American it’s perfect.

This is an awesome beach to go to if you don’t want to be a beach bum in Copacabana, but don’t want to travel out too far. Just watch out for the tourists paragliding from the sky. 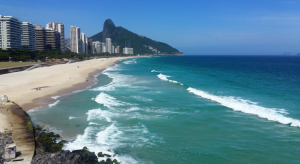 If you are like me and want to get as far away as possible from other gringos while visiting Rio, then head over to Recreio dos Bandeirantes.

Recreio is further west of Rio de Janeiro, accessible by bus. This beach is much quieter than the more popular beaches in Rio de Janeiro, so if you want to relax without being bombarded by people selling beers and beach towels, this may be the beach for you. The water is much cleaner than the touristy areas and you can also catch great waves if you like to surf.

Definitely check out Recreio dos Bandeirantes if you are in Rio for more than a week or two.