25 Interesting Facts About The City Of God 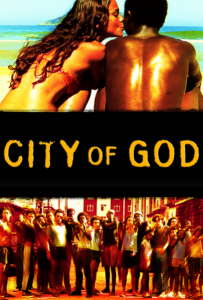 This article is about the documentary The City Of God : 10 Years Later, an awesome film about the cast of City Of God and their lives since the 2002 hit movie.

If you haven’t watched the original film, you can check it out here: City Of God

The City Of God: 10 Years Later

I highly recommend both films. This article only touches the surface of the documentary. There are a lot more facts about the City of God in the movie.

So, check out the trailer and 25 facts about the City of God below! 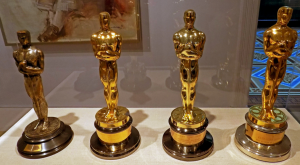 6. The film was nominated for 4 Oscars which was unheard of for a Brazilian film.

7. There was a total of two hundred untrained actors used during the shooting of City of God.

8. Actor Leandro Firmino, who played Lil Ze, says that despite having a year of military service and firearm training, he was afraid of weapons. Once during a real life shootout in his neighborhood, he hid underneath his bed.

9. Firmino claims he has been typecast since the movie and he hopes to get another chance at acting again. He still lives in the real City of God.

10. Douglas Silva was only paid $3,000 reais for his role as Lil Dice (the kid version of Lil Ze). Fortunately, he has been able to find moderate success in Brazilian television. He is internationally known for his role in the City of God spin-off ‘City of Men’ and he regularly appears on the Brazilian variety show, Esquenta. He is also in a band, Soul Mais Samba based in Rio. 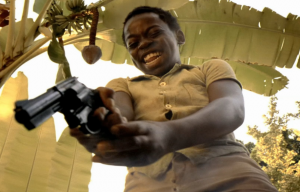 11. Felipe Paulino, who played the little boy shot in the foot, now works at a hotel where he is learning the business. He admits he was really afraid of Leandro Firmino (Lil Ze) because the film crew wanted him to cry.

12. Paulino claims his father spent all of his money from the City of God and three other television opportunities. He plans to work as an actor again one day. Paulino’s father says Felipe was only paid R$3,000 reais and spent most of the earnings on a computer.

13. Actors Phellipe and Jonathan Haagensen are twins and both played in the film as Benny(Lil Ze’s best friend) and Shaggy (Tender Trio leader). Jonathan is now in a popular musical group called Melanina Carioca.

14. Alice Braga, who played Angelica, went on to appear in many more films after the City of God. She credits “the kiss” on the beach scene with landing her an agent. ‘The kiss’ was used for the City of God movie posters in the United States.

15. Braga has appeared in various films including I Am Legend starring Will Smith. When Braga first met Smith, he mentioned the City of God and told her how much he enjoyed the film.

16. Actress Roberta Rodrigues, who played the girlfriend of Shaggy (Bernice), has complained about the lack of acting opportunities for Blacks in Brazilian media.

17. Rodrigues is best known for her work in the City Of Men series, the soap opera Salve Jorge and for also being a member of the popular music group Melanina Carioca. She recently started a food truck business called Prensado Food Truck Hot Dog. She still lives in the Vidigal favela in the South Zone of Rio.

18. Actor and singer Seu Jorge said he spent his earnings from the City of God on groceries, rent and a few “essential items”. He is now an international star and lives in Los Angeles, CA with his family.

19. In the documentary, Seu Jorge mentions that gay and female Brazilians have made great progress over the last ten years but not Black Brazilians. He hoped that the actors in the City of God had career goals and a life plan after the film ended.

20. Jefechander Suplino who played “Clipper”, one of the Tender Trio bandits in the beginning of the film, has been missing for years and the makers of the documentary could not find him.

21. His mother has no idea where he is, but she believes he is still alive.

22. Rubens Sabino, who played drug dealer Blacky, has lived a life battling drug addiction and crime since the filming of the City of God. He believes the actors should be paid more since the film continues to make money annually.

23. He was first arrested at 19 in downtown Rio de Janeiro after trying to steal a woman’s purse on a public bus in 2003. He says that the woman had R$12,000. After the arrest, Sabino accuses the Rio police for stealing the woman’s money from not only him but from her.

24. Sabino was last found in 2015 in an area known for crack addicts in Sao Paulo, Brazil. In the documentary, Sabino talks about his dream of sitting down with Seu Jorge so he can play a song he has written for him.

25. City of God brought the world of film to many people living in poverty in Brazil. Today, there are film workshops teaching at-risk youth in many favelas in Rio de Janeiro.

More Facts About The City Of God

The documentary has a lot more interesting information about the City of God. Check it out for yourself!