Where Are The Afro-Brazilian Actresses?

Spend enough time in Brazil and you will find yourself getting into one of the 3 if not all of them. You might also notice the lack of quality black characters on these programs.

Similar to the plight of black American actors/actresses, their black Brazilian counterparts find themselves facing an uphill battle for respect in their craft.

Roles are scarce for Afro-Brazilians and when they do come around, they are usually the stereotypical interpretations of a nanny or favelado.

With that said, I’ve discovered many Afro-Brazilian actresses in small roles who stood out to me.

Some of these actresses are more known than the others due to being in the film industry longer, but one thing is universal with them all: they are talented and a breath of fresh air on Brazilian television. 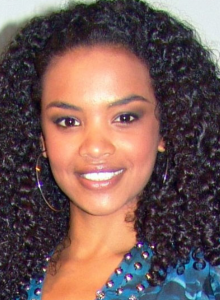 As a young child, she moved with her family to São Paulo where she began to model at the age of 16. After high school, she enrolled in Serviço Nacional de Aprendizagem Comercial or SENAC majoring in Theater.Ramos is the first of my underrated Afro-Brazilian actresses. She born in Recife, Pernambuco.

Many Brazilians know her from her role in the 2012 novela, Salve Jorge; she played the role of Sheila, the best friend of the main character Morena.

Recently, Lucy Ramos was interviewed for passing up the stereotypical role of a black woman in a favela on the show Babilônia. Instead, she is playing a psychologist in the novela I Love Paraisópolis.

“We, blacks, always play employees, slaves or we are in an inferior situation,” says Lucy Ramos.

Despite her mother and brothers still living in the São João favela in São Paulo, Ramos wants the Brazilian film industry to realize black actors and actresses can play more professional roles and thrive in them. 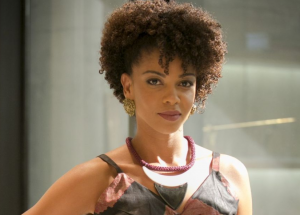 Number 2 on the list was actually born in Angola, Africa until her pre-teens, but I’m going to include her on my list because I was introduced to her in a Brazilian novela. I’m sure no one will complain.

Heloisa Jorge moved to Bahia at 12 years old and attended the Federal University Of Bahia.

I first noticed Jorge’s work in the 2012 remake of the novela Gabriela. She played a maid named Fabiana who was heavily pursued by the married man she worked for. There were some pretty funny scenes between the two. You can check out some scenes and practice your listening comprehension skills by clicking the following link: Fabiana & Tonico

Message To Someone Who Wants To Start Acting: You must approach acting as a craft without thinking about big illusions or expectations linked to the fame and glamour because recognition is the fruit of the labor. Work hard! 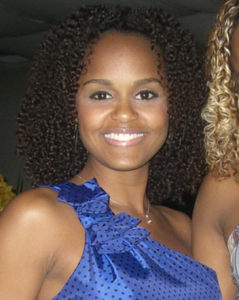 Cintia Rosa was born and raised in Rio de Janeiro, Rio de Janeiro. She is from the Vidigal favela of the South Zone. She is known for her roles in Elite Squad (2007), Bróder (2010) and Alta Estação (2006).

Cintia Rosa attributes her success in the arts to her family. Her father was a member of the 1980’s musical group Vidigal Samba Show. Rosa has taken this artistic talent and has contributed to the Vidigal theatrical group Nós do Morro.

Her sister, Sabrina Rosa, is an actress as well.

She was in a long-term relationship with City Of God actor Jonathan Haagensen. 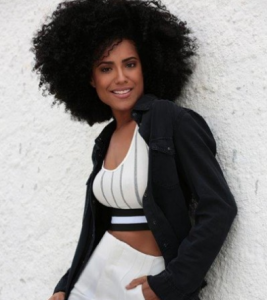 Place of Birth: Santo Amaro da Purificação, Bahia but she was raised in Salvador, Bahia

Big Break: Moved to São Paulo at the age of 11 to model. Later, she took an acting course and was invited to audition for the musical, Dama do Cabaré , by Marcos Vinícius de Arruda Camargo. With advice from Camargo, Lisboa left modeling to pursue acting full time.

Like the 2nd actress on this list Heloisa Jorge, I first saw Villar in the 2012 novela, Gabriela.

At the time of this post, she is living in Berlin, Germany where she is taking acting courses to improve in her craft.

She is still a very young actress; hopefully we see much more of her in the future.

Fun Fact: Villar made a cameo in T.I.’s music video for the single No Mediocre, featuring Iggy Azalea. The video was filmed on site in Rio de Janeiro.

Check out the second half of my 5 Underrated Afro-Brazilian Actresses.