10 Things I Learned While Living In Brazil

Things I Learned While Living In Brazil

I love to learn. I try to learn at least one new thing a day whether that’s a new Portuguese word, a new exercise at the gym or just a different way of looking at something that will improve my life.

1) Everyone Hates Their Country

It’s funny when I think about it now. I used to talk bad about America so much. I used to think it was one of the worst countries on earth. I couldn’t wait to get to Brazil.

Then I got to Brazil and I quickly noticed Brazilians hated Brazil. It got so annoying that I wanted to slap them and tell them Brazil wasn’t that bad.

Instead, I slapped myself because I realized that’s how I used to sound. You can’t be so full of yourself that you can’t see when you are acting completely unreasonable.

Everyone hates their country.

2) Being Black In Brazil Has It’s Perks

I can walk around certain areas a white guy can’t without a guide. I’m not completely hidden when I’m in Brazil (a few people can tell I’m not from around town, especially if I am in a tourist area).

But too many times I’ve heard Brazilians say they were surprised that I wasn’t Brazilian. And if I am with white people and we are asking for directions or trying to get something done, a Brazilian always seems to talk to me as if I automatically understand what he is saying better than my white friends.

3) A Lot Of Brazilians Are Fat 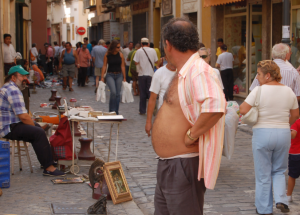 I didn’t think about the cons of an improved economy when I first visited Brazil in 2012 until I actually got there. I was on Copacabana and most people I saw were overweight. I was wondering if I was on the wrong beach (later I found out Copacabana is not the hip beach in Rio).

Brazilians love to eat and drink.

Overall, there are still less fat people in Brazil than America. But everyone is not walking around with a beach body like you might believe.

4) Tourists Are Not Travelers

“I love to travel”

You hear that from a lot of people who will show you their passport full of stamps from different countries. But 9 times out of 10, that person wouldn’t be able to tell you anything unique about the country they visited that you couldn’t google for yourself in 10 seconds.

Tourists go to places solely to take pictures for Instagram and Facebook. They go just because it’s on their checklist. Rarely do they interact with the local people and find out more about the culture. They don’t venture too far away from the “safe areas”. They don’t even want to.

Living in Brazil, I noticed many tourists. People who didn’t want to learn the language. They didn’t want to go out into the city and explore. They slept all day, went to the club all night and did it all over again for a week. They basically lived a regular weekend of their life. Just in another city.

I’m not the most social person and I like my alone time. So, living in Brazil by myself proved to be a big leap from my normal personality.

How was I suppose to make friends and survive in a foreign country where I don’t even speak the language?

But I found out a cool trait about myself:

I really had no problems meeting people although sometimes I did feel like I wanted to “get away”.

Fortunately, it was very easy to disappear for a while from not only Brazilians, but my family who lived thousands of miles away and could only call via Skype.

Do you have trouble making friends? I’d recommend traveling abroad ALONE and putting yourself in a situation where you have to be “friendly”.

6) Brazilians Are A New Race

Not all, but many of them are new types of human. While living in Brazil, I’ve seen people who can’t be labeled black, white, yellow, brown, etc. They are just them. It was interesting to say the least.

7) My Happiness Is Only Created By Me

I control my emotions.

I saw many Brazilians living in horrible living conditions and yet, they were still positive. They smiled. They said hello to you and didn’t walk around with a frown on their face like so many people I know who have every opportunity in the world to be happy.

Many of us take for granted the life we have at the moment. There are some things that can be better, but we should never think so far ahead in the future or live so far in the past that we don’t realize the greatness of what we have now.

8) Racism Is All About Money

Growing up in America, I already knew this to an extent, but living in Brazil and seeing another society similar to the U.S. made it crystal clear.

Racism is all about keeping resources. It’s about keeping land, keeping educational opportunities, keeping money.
I didn’t see enough black faces in the nice areas of Brazil to buy the premise that it’s all about class in Brazil and not the color of your skin.

It’s difficult to live outside of America for a long time then return and fall right back in line into a regular life.
I’ve come to the conclusion that I won’t be satisfied with 2 weeks of vacation. Not even a month. I need a flexible work schedule so I can travel spontaneously.

Currently, I’m working on a way to fund my life in Brazil like this great article I wrote a few months ago -> 5 Ways To Fund Your Life In Brazil 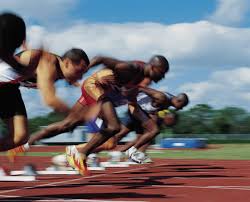 10) Most People Aren’t That Ambitious

I love my Brazilian friends and family, but one thing I noticed while living in Brazil is most of them don’t have big dreams.

Most just want to an average job, a family then live out their days working the good job and spending time with family. Until death.

Now, there’s nothing wrong with a simple life. And I can’t even blame most Brazilians for having a simple life plan. There isn’t much opportunity to do anything outside of the norm. I have come to cherish the ambitious Americans I know in my personal life. They keep me driven.